The location filter in Google’s search results page has been changed, with users now being unable to manually choose which area they see search results from.

Changes to the feature were recorded throughout November, with many assuming that these were likely to just be testing on Google’s part; features are often rolled out (or removed) on a sporadic basis for short periods of time, before reverting back to normal.

However, it appears that as of late November, the filter has been dropped altogether. Google confirmed this, stating the filter “was getting very little usage, so we’re focusing on other features”.
The feature allowed users to manually see search results for a specific location, which could either be a country or a smaller town or region. However, Google is now only showing results based on what they know of a users precise location, meaning that users can no longer see the search results for locations they’re not physically in. 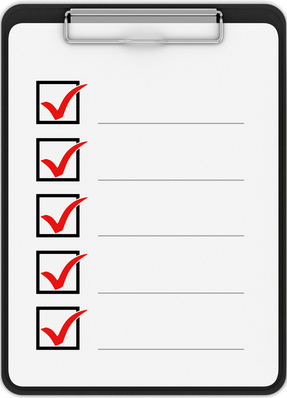 November saw Google self-release the full version of it’s quality rater handbook for the first time, after first being leaked by an independent source. This handbook contains the guidelines used by search quality raters, who are responsible for reviewing sites Google flags up for manual action.

The guide still asks raters to specifically look out for what Google calls a site’s E-A-T; expertise, authoritativeness , and trustworthiness. This basically means checking for a number of factors considered positive – authoritative non-user sourced content, knowledge graphs – alongside negative indicators like distracting advertisements, hidden text, or a general lack of purpose.

Alongside this, the new guidelines place a big emphasis on mobile factors, which essentially encompasses what we already know through mobile friendly guidelines. In fact, the guidelines state that if a site is already flagged as not mobile friendly, it will automatically receive a low quality rating. As ever, this means that webmasters need to be on the ball when it comes to mobile, and treat it just as importantly as desktop; something that Googlehas emphasised throughout 2015. 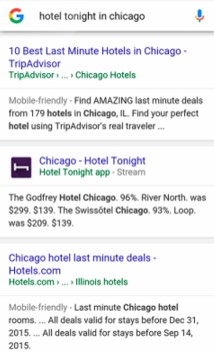 Content only available within apps is now indexed and being shown within search results, Google has announced.

Previously, content within apps would only have been indexed and displayed if Google found a web page that corresponds to or mirrors this content. However, Google is now displaying app content that has no corresponding web page. Users that have the app installed can click through to open it, whilst those that don’t can view a stream of the app that is stored within Google’s cloud.

At present, only displaying content from certain “partners” is being displayed, including the U.S National Parks app Chimani, hotel booking app Hotel Tonight, and horoscope apps Daily Horoscope and My Horoscope. However, it’s likely that this feature will be rolled out on a wider scale in future. Speaking about the changes, Google’s Engineering Manager Jennifer Lin said “Because we recognize that there’s a lot of great content that lives only in apps, starting today, we’ll be able to show some “app-first” content in Search as well.”

The new feature represents a significant marketing step for businesses with apps, who may now have the opportunity to target potential customers with relevant for information only contained within in app content.

New Penguin set to be an update, not refresh 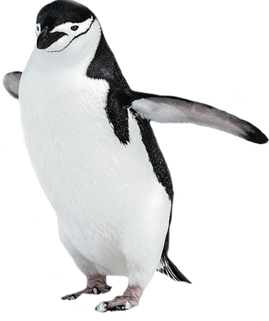 In October Google announcedd that the next update of Penguin is likely to happen before the end of 2015, and is set to roll out continuously in real time.

Alongside this, Google’s Gary Illyes has confirmed that the next Penguin is set to be a true update, rather than a refresh. This means that rather than simply being a re-run of the previous Penguin update (released in 2013), the upcoming Penguin will incorporate new ranking signals. As such, sites that were not affected by the last refresh could very well be at risk of being hit this time round.

Penguin was initially released to penalise sites viewed as engaging in “spammy” tactics, targeting sites that engage in keyword stuffing and manipulative link building. Sites hit by Penguin in the past would have had to wait long periods to recover, essentially until the algorithm either refreshes or updates again. However, with Penguin being rolled out in real time, the hope is that the recovery time will be much faster.

The exact date for the next Penguin update still isn’t known, although webmasters should be making efforts to ensure they’re well prepared for a surprise roll-out, and shouldn’t expect any warning from Google when this happens.