At the start of the month, Google’s Vice President of Search, Pandu Nayak, released a blog detailing the focuses of a Google algorithm update that was released in February 2019. 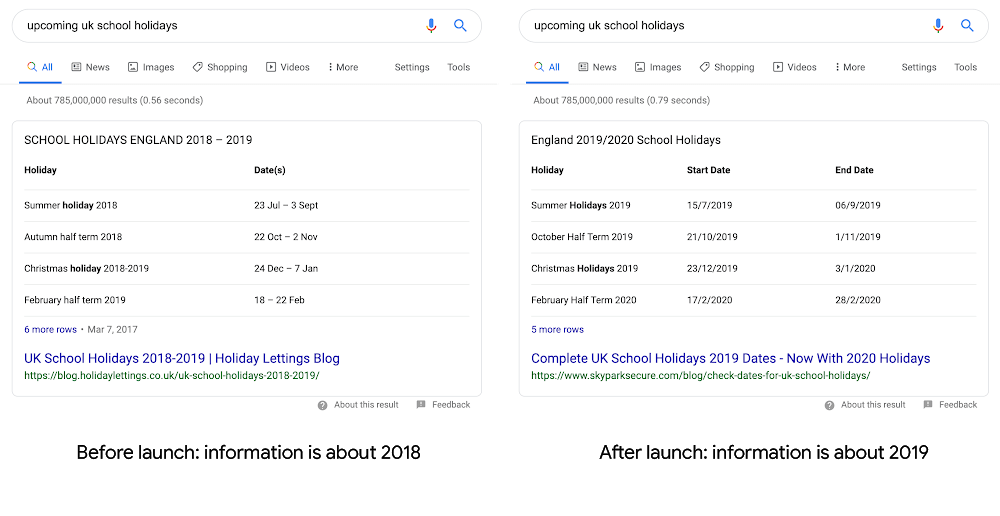 As shown above, the main focus of this update is to ensure that featured snippets contain fresh, helpful information.

Although the outcome of this update is very positive for data accuracy within many featured snippets, this also means that we will expect to see much more movement with information that is featured within these snippets with Google prioritising fresher content.

Early this month, Google experienced some issues that meant newly published pages where prevented from being indexed.

We're aware of reports of indexing issues that are impacting some sites beginning earlier today. We'll provide another update when we have more information to share.

The indexing issues are similar to the ones that took place in May 2019, in which users saw a delay in some pages performances that were published during these issues, due to these being indexed late. This mostly affected news publications, as articles didn’t make it onto Google search, news or discover whilst issues persisted.

Along with this issue, Google also experienced issues with the URL inspection tool within Google Search Console. These issues have since been resolved.

Google announced that most of their testing tools now support the evergreen Chromium renderer. This is has now been implemented within the following tools:

This update will allow these tools to render JavaScript and will continue to update along with Chromium.

In the above image, we can see that within the mobile testing tool, this is now able to render ES6+, Web Components and 1,000+ new web platform features.

During the Google I/O event in May 2019, Google released the news that podcasts are now available in Google search (more information on this in our May 2019 blog). This month, Google have announced that podcasts will now be playable within desktop and mobile search results.

Google have also implemented a “podcast series” table within the result page which holds many of the top podcast series relating to the search query. 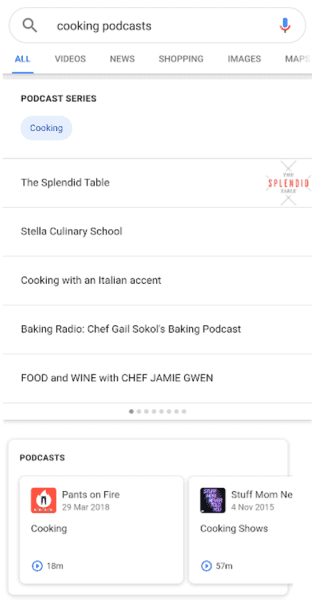 LESS THAN HALF OF GOOGLE SEARCHES RESULT IN A CLICK 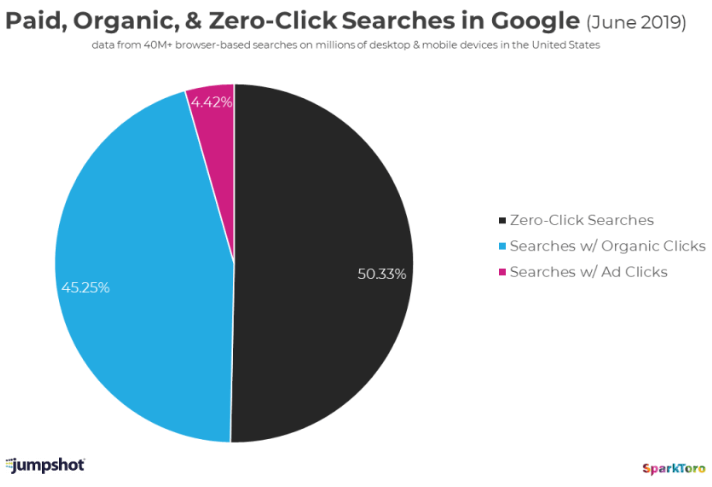 The study also shows how zero click searches have seen a gradual increase since 2016. 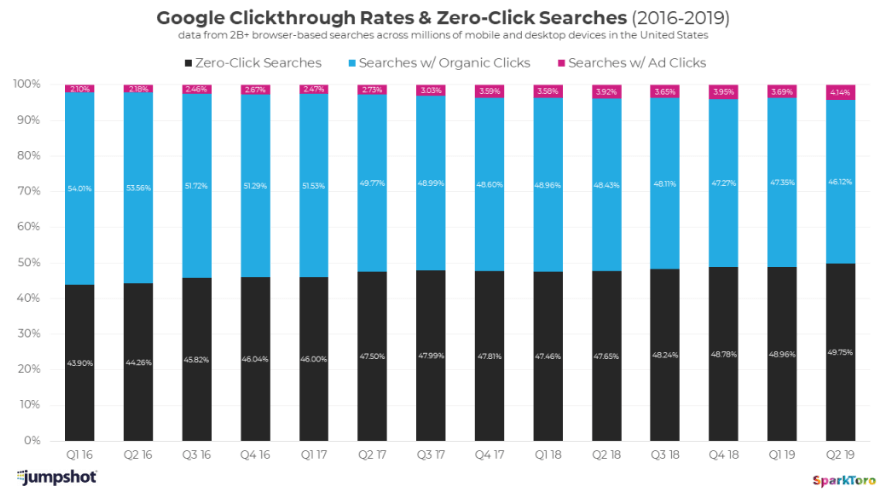 The increase in zero click searches is due to the increase in featured snippets within Google search results providing information relevant enough for users to never feel the need to enter a website.

Users have spotted Google highlighting text on a website after clicking through to the site from a featured snippet. 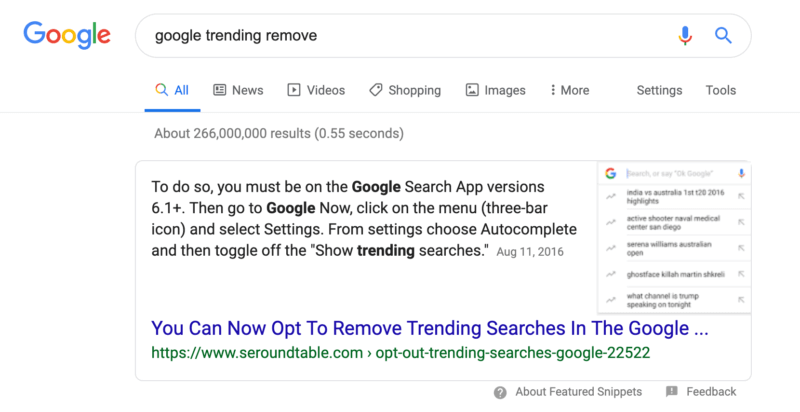