Google announced that they were releasing a broad core algorithm update on 24th September.

Later today, we are releasing a broad core algorithm update, as we do several times per year. It is called the September 2019 Core Update. Our guidance about such updates remains as we’ve covered before. Please see this blog for more about that: https://t.co/e5ZQUAlt0G

Although broad core algorithm updates have no specific focus and are released in order provide a more general improvement in search results, Google have suggested “focusing on ensuring you’re offering the best content you can” as “that’s what our algorithms seek to reward.” Google have also recommended that sites continue to consult the search quality rater guidelines in order to view Google’s ideology on what a qualities a site should possess in order to rank well within search. Google have also recommended the following resources in order to help understand the search quality rater guidelines:

Google have updated the guidance on how they will treat nofollow tags, alongside introducing 2 new tags to be used in specific circumstances:

rel=”nofollow”: Use this attribute for cases where you want to link to a page but don’t want to imply any type of endorsement, including passing along ranking credit to another page.

rel=”sponsored”: Use the sponsored attribute to identify links on your site that were created as part of advertisements, sponsorships or other compensation agreements.

rel=”ugc”: UGC stands for User Generated Content, and the ugc attribute value is recommended for links within user generated content, such as comments and forum posts.

For further information on these changes and the impact they have made, please see our Google Updates Nofollow Links blog.

Following an announcement on 23rd September 2019, users will now have access to more recent data within Google Search Console. 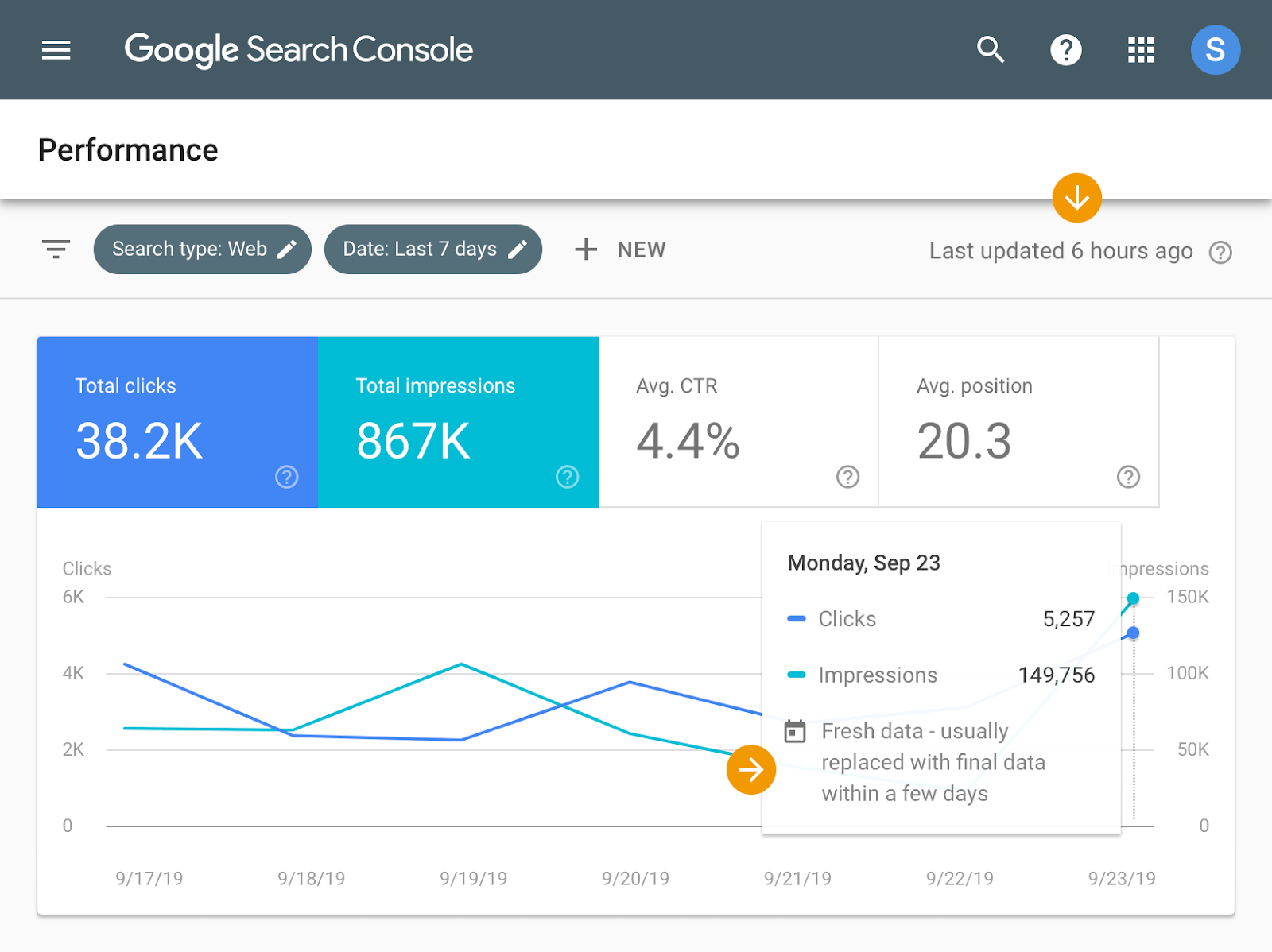 Previously, users were required to wait a couple of days for data within Search Console to become available, meaning that site performance from over the weekend would become available around Wednesday. With the implementation of fresher data users will now have access to information from as soon as the previous day, which will then be processed and replaced with the final data within the same time period as usual (around a couple of days).

Following their release of domain groups in Google Search Console allowing users to views combined data driven by their whole domain, Google have released auto DNS verification in order to make it easier for users to verify their domain. 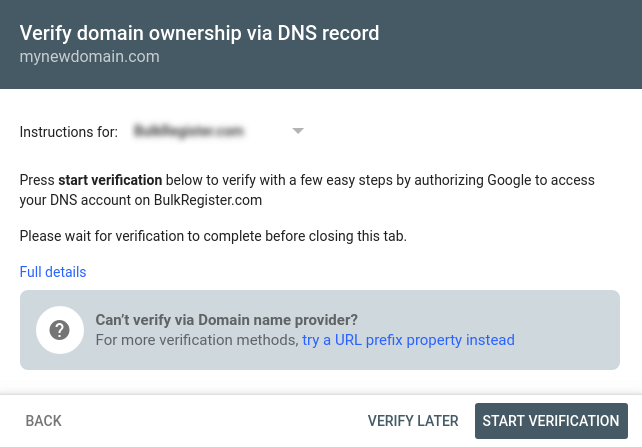 By clicking on “add property” from the property selector from the drop down sidebar, then choosing the “Domain” option, users will now be met with a step-by-step guide from Google. This will guide users through the steps of verifying their domain.

Although the old Search Console has been closed, Google are still allowing access to the below legacy tools that are yet to receive a replacement on the new Google Search Console interface:

Google have been looking into how review schema is currently being used by webmasters, finding many invalid and misleading implementations of this structured data. Google have made some algorithmic updates in order to improve the helpfulness of review markup, and have also limited the display of rich review results to only the following schema types:

Review markup that is applied to any schema that is not included within the above list will be ignored by Google.

With structured data and featured snippets consistently increasing in importance within search, Google have expanded functionality for webmasters to inform them how they would like pages to be displayed within rich results. These include the following:

They can be combined, for example:

A new way to help limit which part of a page is eligible to be shown as a snippet is the “data-nosnippet” HTML attribute on span, div, and section elements. With this, you can prevent that part of an HTML page from being shown within the textual snippet on the page.

<p><span data-nosnippet>Harry Houdini</span> is undoubtedly the most famous magician ever to live.</p>

These new implementations will provide site owners with the power to limit the amount and type of content in the structured data.

Due to updates within iPad OS, Apple have changed the user agent for the iPad, meaning iPad traffic will appear as desktop traffic. With Apple currently in control of 72% of the tablet market share worldwide, site owners should expect to see a reduction in tablet traffic and an increase in desktop traffic, with a specific increase in Safari users. This change took place in September 2019.