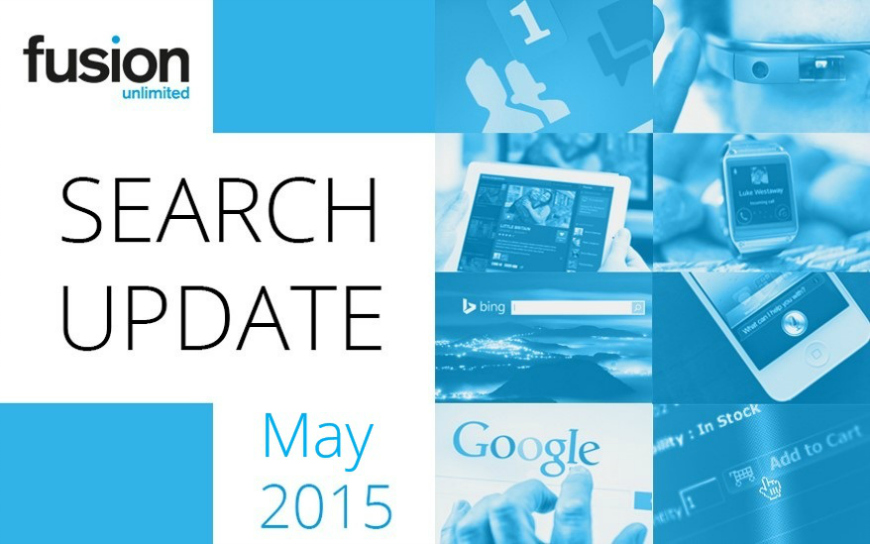 At the start of the May, webmasters reported seeing both positive and negative ranking changes across multiple sites, leading many to assume a possible Google Panda update had taken place. After initial denials of any changes, Google eventually confirmed that an update had taken place at the beginning of the month – but not to Panda.

Google’s John Mueller described the update as “essentially just a normal algorithm update” taking place to “increase the relevance and the quality of the search results”, and advised webmasters of affected sites to “work on your web site in general”.

The lack of specificity regarding the purpose or intent of the changes have led many to dub it the “quality update”, and at the time of writing the reasons for sites being affected isn’t yet known. However, Mueller recommends that webmasters keep “focusing on your site and make it the best it can possibly be” to prevent ranking updates to similar updates in future.

Recently, the operational nature of Google’s Panda and Penguin updates has caused much confusion. Google’s contradictory statements have often been the driving force behind this uncertainty, with both algorithms being stated as operating manually and real time.

However, some clarification was reached in May, with Google confirming that the seemingly oppositional statements they’ve previously made are both true; Panda and Penguin operate both manually and in real-time, simultaneously.

Google employee Mariya Moeva stated that “Panda and Penguin are built-in in the real-time infrastructure, but the data has to be updated separately”. That explains why ranking changes can appear to be sudden, as whilst the algorithm is constantly running, the data that affects search rankings needs to be manually updated or refreshed for a change to take place based on this.

Alongside the rebranding, Google have added two new features into the tool, both based around app indexing. Search Analytics now allows webmasters to see top queries, pages and country specific data specifically for apps. Also added is an Alpha version of Fetch as Google for apps, which allows app developers to see the results of Googlebot attempting to fetch and index the apps. 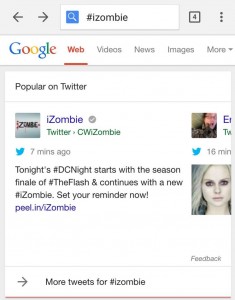 As a result of the partnership between Google and Twitter announced back in March, Google now displays real time twitter results in the mobile search results page. Relevant tweets relating to a search term are shown in a scrollable “carousel” format, appearing either at the top of the page – as seen in the example to the right – or sometimes lower down the page.

Google have stated that the changes represent “another way for organisations and people on twitter to reach a global audience at the most relevant moments”. At the time of writing real time tweets are only displayed in search results on mobile devices, although a desktop roll-out is expected to take place soon.

A fix made by Google to prevent offensive search terms leading to locations on Google Maps appears to have boosted the search rankings of some local results. Google acknowledged and apologised for the offensive results after the problem – which caused racial slurs to lead to the White House – was brought to wider media attention, and stated they would make algorithm changes to fix the issue.

The exact cause of the problem is not yet known, although there have been a few suggestions. One of these is a Googlebomb, where users make deliberate steps to manipulate results by attempting to make webpages, or in this case locations, rank highly for irrelevant terms . Another is Google’s local search Pigeon algorithm, which looks for references across the web to influence how local results rank.

Whatever the cause, many webmasters reported significant changes in local results traffic (as seen in the left example) after Google said they’d resolved the issue, leading some to presume that the algorithm changes were responsible. Google have neither confirmed or denied these suspicions.